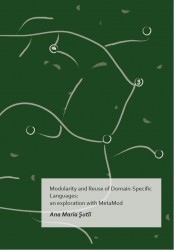 The history of software engineering is one of continuously raising the abstraction level in programming languages. The abstraction level has been raising towards using concepts from the problem space into the programming languages themselves. The ideal situation would be to have programming languages and associated interactive development environments that allow a domain expert to create software applications by instructing the computer using concepts from her own domain. This situation would also require a different software development process, with at least two main role players: language engineers that develop and maintain the domain-specific languages (DSLs), and domain experts that use these domain-specific languages by creating models in them.

This is advocated by new methodologies, such as model-driven development (MDD) and language-oriented programming (LOP). Although MDD and LOP have different focuses (MDD focuses on the models, and LOP focuses on the programming languages), they both use domain-specific languages to achieve their visions. A big leap in easing the creation of DSLs occurred with the introduction of language workbenches; nonetheless, developing non-trivial DSLs is still a daunting task. As already hinted by the discussion in this paragraph, we have concentrated on the part of easing the development of DSLs in this thesis. We have done so by employing modularity and reuse in the creation of domain-specific languages. We have taken the path of modularity and reuse because DSLs, and especially DSLs from the same domain, have common fragments, or DSL units. One example is the use of arithmetic expressions, which is common among many DSLs. This DSL could live in a separate DSL unit for arithmetic expressions. Then, language engineers should be able to seamlessly integrate the arithmetic expressions DSL unit into their own DSL.

Second, we looked at how to organize metamodels of the DSLs to facilitate modularity and reuse of DSLs. We did that through the design of a new meta-metamodel for MetaMod. This meta-metamodel introduced the following elements for modularity and reuse of DSLs: groups with group reuse, and concept and relation sharing, that allow decomposing and reusing metamodels; fragment abstractions and applications, that allow factoring out common metamodel structures with placeholders; and a subtype relationship that allows reuse of relations. This mix of elements allows the creation of modular and reusable metamodels.

Fifth, we addressed mechanisms that can be applied to models, irrespective of the DSL. At this point, we used the multilevel nature of MPS, that allows to use mechanisms developed for the metamodel in the models as well. That is, the groups (with group reuse, and relation and concept sharing), and the fragment abstraction and application can be used in the models as well. These mechanisms are available for any model, irrespective of the DSL to which they conform.

Last, we have evaluated our approach, starting with the development of the meta-tools of MetaMod. We have then created DSLs ranging from small sizes to big sizes, and from imperative-flavoured to declarative-flavoured. Most notably, we have re-implemented a considerable part of a non-trivial expression language built in Jetbrains MPS. This gave us confidence that the meta-tools and the ideas behind them are powerful enough to tackle real-life problems. Moreover, it has also allowed us to make a more direct comparison with a seasoned language workbench. As a result of the comparison, we have discovered that MetaMod leads to more conceptually cohesive DSLs because it avoids the introduction of some implementation-oriented concepts. Moreover, the modularity of MetaMod allowed us to create smaller-sized DSL units, that are reusable in separation, but that are part of the overall expression language DSL.

We think that the ideas that we have introduced in this thesis get us a step closer to the accomplishment of the visions of MDE and LOP, and that they will speed up the development of domain-specific languages.