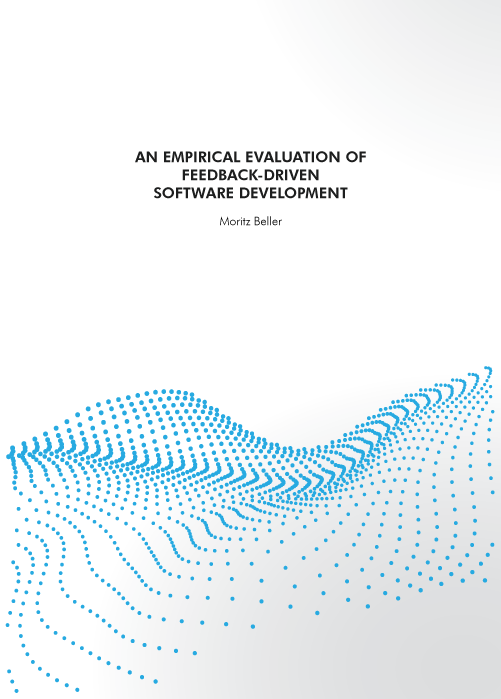 Software developers today crave for feedback, be it from their peers in the form of code review, static analysis tools like their compiler, or the local or remote execution of their tests in the Continuous Integration (CI) environment. With the advent of social coding sites such as GitHub and tight integration of CI services such as Travis CI, software development practices have fundamentally changed. Despite a highly alternated software engineering landscape, however, we still lack a suitable holistic description of contemporary software development practices. Existing descriptions such as the V-model are either too coarse-grained to describe an individual contributor’s workflow, or only regard a sub-part of the development process, like Test-Driven Development (TDD). In addition, most existing models are pre- rather than de-scriptive.

By contrast, in this thesis, we perform a series of empirical studies to characterize the individual constituents of Feedback-Driven Development (FDD): we study the prevalence and evolution of Automatic Static Analysis Tools (ASATs), we explain the “Last Line Effect,” a phenomenon at the boundary between ASATs and code review, we observe local testing patterns in the Integrated Development Environment (IDE) of developers, compare them to remote testing on the CI server, and, finally, should these quality assurance techniques have failed, we examine how developers debug faults. We then compile this empirical evidence into a model of how today’s software developers work.

Our results show that developers employ the different techniques in FDD to best achieve their current task in the most efficient way, often knowingly taking shortcuts to get the job done. While this is efficient in the short term, it also bears risks, namely that prevention and introspection activities fall short: developers might not configure or combine ASATs to their full benefit, they might have wrong perceptions about the amount of time spent on quality-control, quality-related activities such as testing could become an after-thought, and learning about debugging techniques falls short. A relatively rigid, tool-enforced FDD process could help developers in not committing some of these mistakes. Our thesis culminates in the finding that feedback loops are the characterizing criterion of contemporary software development. Our model is flexible enough to accommodate a broad band of modern workflows, despite large variances in how projects use and configure parts of FDD.