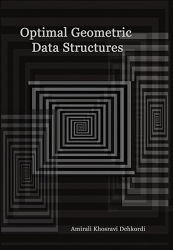 The efficiency of such data structures—and, hence, of the algorithms that use them—depends on certain characteristics of the partitioning. For example the performance of many algorithms that use binary space partitions (BSPs) depends on the size of the BSP. Similarly, the performance of answering range queries using bounding-volume hierarchies (BVHs) depends on the so-called crossing number that can be associated with the partitioning on which the BVH is based. Much research has been done on the problem of computing partitionings whose characteristics are good in the worst case. In this thesis, we studied the problem from a different point of view, namely instance-optimality. In particular, we considered the following question: given a class of geometric partitioning structures—like BSPs, simplicial partitions, polygon triangulations—and a cost function—like size or crossing number—can we design an algorithm that computes a structure whose cost is optimal or close to optimal for any input instance (rather than only worst-case optimal). We studied the problem of finding optimal data structures for some of the most important spatial data structures.

We started our research by studying BSPs for line segments in the plane, where the cost function is the size of the BSP. A popular type of BSPs for line segments are the so-called auto-partitions. We proved that finding an optimal auto-partition is NP-hard. In fact, finding out if a set of input segments admits an auto-partition without any cuts is already NP-hard. We also studied the relation between two other types of BSPs, called free and restricted BSPs, and showed that the number of cuts of an optimal restricted BSP for a set of segments in R2 is at most twice the number of cuts of an optimal free BSP for that set.

Finally, we considered another optimization problem, namely how to approximate a piecewise-linear function F with another piecewise-linear function with fewer pieces. Here one can distinguish two versions of the problem. The first one is called the min-k problem; the goal is then to approximate the function within a given error ε such that the resulting function has the minimum number of links. The second one is called the min-ε problem; here the goal is to find an approximation with at most k links (for a given k) such that the error is minimized. These problems have already been studied before. Our contribution is to consider the problem for so-calleduncertain functions, where the value of the input function F at its vertices is given as a discrete set of different values, each with an associated probability. We show how to compute an approximation that minimizes the expected error.